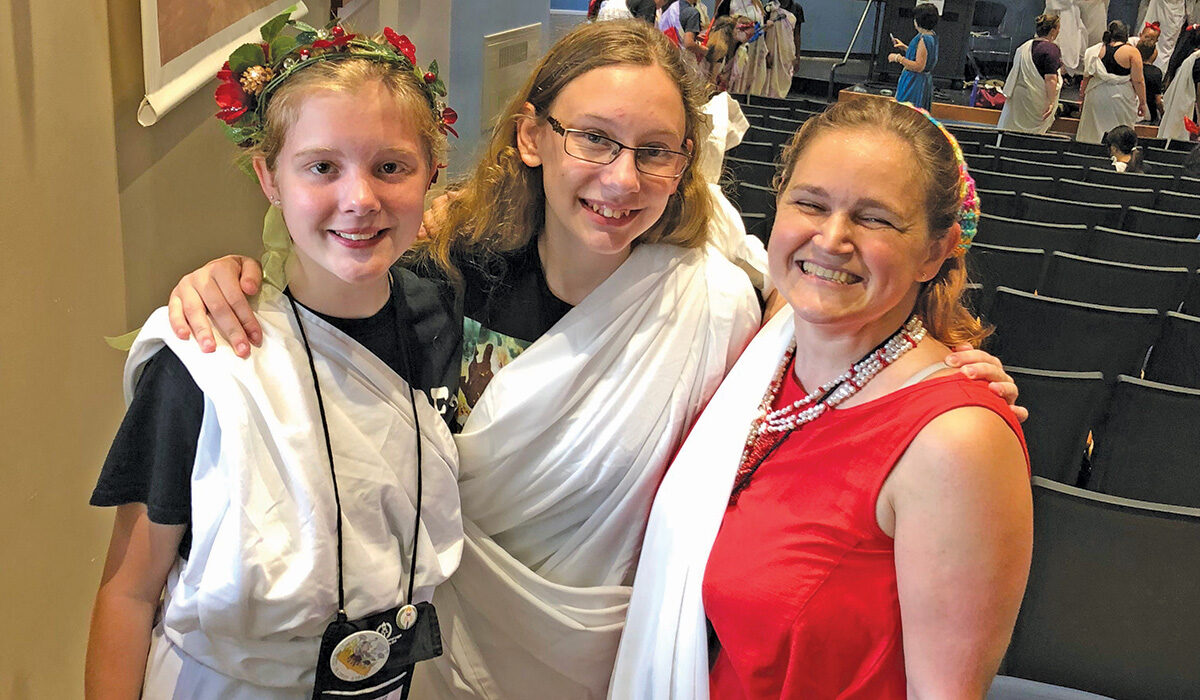 Okay, so maybe Latin doesn’t immediately come to mind when you think of cool high school classes. But maybe it should! To find out why so many people still study Latin when no one has spoken the language in centuries, we turned to Kendal Ogles, an award-winning Latin teacher at St. John’s Episcopal Parish Day School in Tampa.

Ogles, whose mom teaches Latin in Lake County, recently had a mini-revelation at the 2022 American Classical League’s Teacher Convention. “What am I doing here?” she wondered. “What is my role as a Latin teacher in a time when classical ideals are being twisted to support dangerous ideologies?”

The answer? “Learning. I was there to learn to be a better teacher, to reach every student and give them insight into a very different time and culture.” She also learned more about how Latin unites students, not just to ancient peoples, but also to each other.

“Latin isn’t a dead language,” Ogles insists. “Latin is the basis of all Romance languages, whose speakers enrich cultures across the world. Latin ties people together across time and space, from Phillis Wheatley to Frederick Douglass, Toni Morrison to Tom Hiddleston, Miles Teller to Taylor Swift.”

“Stepping across the threshold of a classical civilization or language class invites connection: to those of the past, to those of the present, to books containing words like Expecto Patronum, to the “hocus pocus” of brands named Nike or Capri.”

Plus, it really helps if you’re going to study law or medicine.