From Rags to Pitches 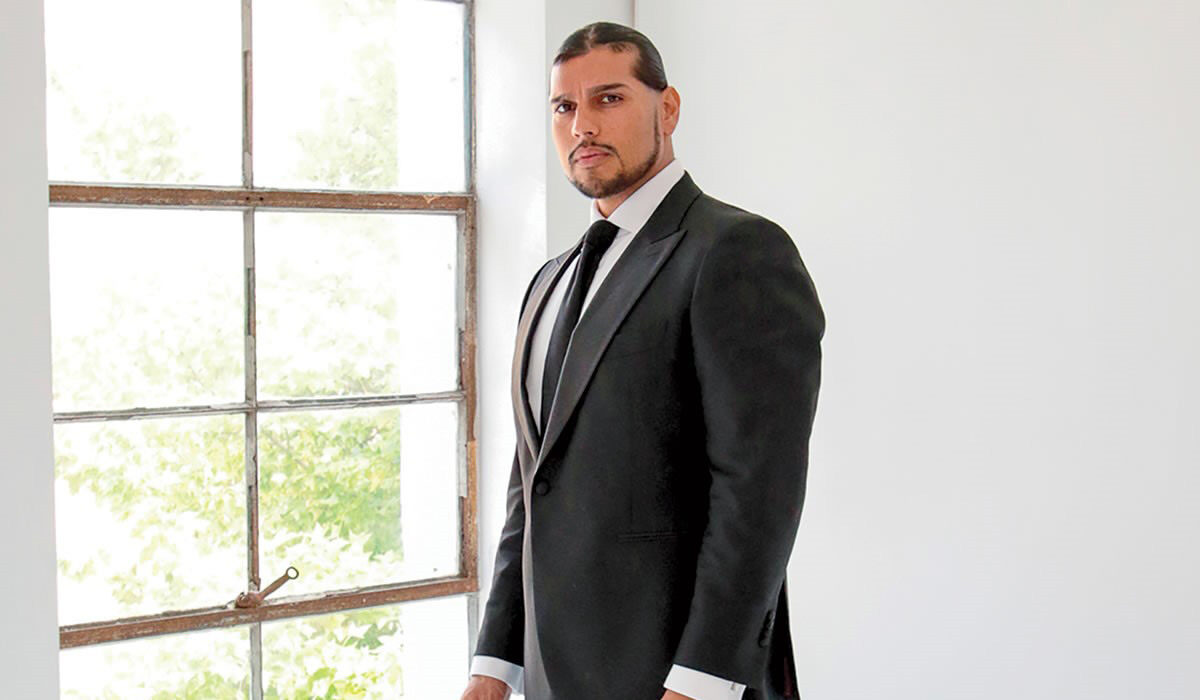 “God bless my mom and my grandmother because they just did the best that they could. My grandmother always told me the ‘only legacy I’m going to give you is pushing you to educate yourself,’ and I’ve never forgotten that.”

Cesar Hernandez is a first-generation American of Mayan immigrants from Guatemala’s K’iche Tribe. He grew up poor in Brooklyn.

He was arrested at age 13 and put in a program aimed at helping inner-city youth stay out of prison. “I wish I could say my life turned around and it was great, but it was a journey,” he says. By his early 20s, he had been arrested five more times.

Hernandez landed a football scholarship at a college in New Mexico but wound up losing it. He returned to New York and enrolled in a community college, homeless and sleeping in trains at night. “I just kept saying to myself, ‘this is going to pay off,’ even having all my things in a black trash bag and nobody really seeing my potential.”

Then Hernandez hit rock bottom. Trying to protect his sister from a gang of men threatening her, he fought them off. But in a fit of rage, he got into an altercation with a detective, landing him in a jail complex known as “the tombs,” so named because of the lack of windows in that jail. “I’m sitting there in the tombs. There’s a toilet seat right next to me, and I just remember praying: God, get me out of here. I’m going to leave Brooklyn.”

He pleaded guilty and faced the possibility of a 15-year sentence for aggravated assault on a detective. But the case was dropped after the officer said he was impressed that Hernandez took responsibility for his actions and showed remorse.

Hernandez decided to start anew in Florida. “Three months later, I was in Tampa,” he says. He had researched a few colleges and decided to apply to the University of South Florida. “A year later, I’m a student body president. I just never looked back. I finally felt free,” he says. “My mindset wasn’t I need to survive. It was what can I create? What can I learn?”

In his role as student body president, Hernandez once filibustered for 24 hours so that tuition wouldn’t go up. He helped put in place a student green energy fee. It’s contributed to the university installing solar panels on its buildings and other sustainability initiatives. He advocated for 24/7 library access for students.

During his term, Hernandez also was a USF trustee and led the management of a $16-million budget for student government. He sat on the state’s Board of Governors. He was invited to the White House to meet President Obama. “A lot of those relationships carry over to this day.”

The Making of an Entrepreneur

“Tampa is sacred to me. It’s why I contribute to the city, and it’s why I’m super active,” says Hernandez, who founded the Tampa Bay Latin Chamber of Commerce and the Tampa Bay Mobility Alliance and serves in United Way Suncoast’s Young Leaders Society and other community groups.

Hernandez worked as a community organizer for the University Area CDC in his new city, focusing on social equity issues, including an initiative to reduce street crime by using outreach workers, some of whom were ex-convicts and former gang members. He worked on widening transit access because if you can’t get to your job, it is impossible to rise up. He learned about government and policy as a legislative aide for the Tampa City Council and began to understand that changemakers are shaped by learning how to navigate government, enterprise and policy.

Putting this knowledge together, in 2017 he launched Omni Public, a consulting firm whose services include tech PR, media relations and government relations for emerging technologies.

Tesla was his first big tech client. He has also worked with startups around the world. He lobbied for the use of scooters as an alternative form of transportation and is working with Hyperloop Transportation Technologies on other non-traditional forms of transportation. Omni also counts as clients Lazarillo, a Chilean startup with an app for the blind that could be rolled out soon in Tampa and an AI company that aims to locate potential shooters in schools through predictive analytics.

» Omni became a seven-figure company by year three and now has about 40 clients, from Latin America to South Africa, and 11 employees.

» In September, Hernandez graduated from Oxford University with an MBA. He was attracted by Oxford’s novel approach to “systempreneurship,” which involves navigating industry, government and politics, societal norms and community for the benefit of a specific objective. “I knew if I was a good adviser for my clients, I needed to go where the wellsprings of knowledge for these novel consulting concepts were rising, and that was at Oxford.”